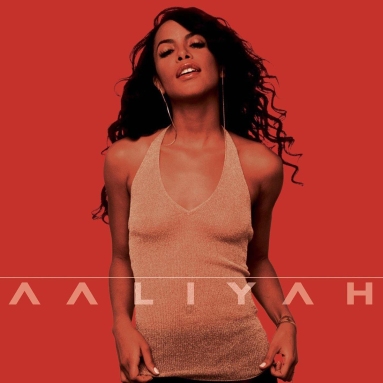 Ever since her debut in the spring of ’94, singer/budding actress Aaliyah has put a dark and moody spin on teen romance, separating her work from the more candy-coated output of her midriff-baring peers. The themes to some of her biggest hits play as if they’d leaped off the pages of a Victorian bodice-ripper: protracted courtship on last year’s ”Try Again”; obsession with chastity on 1998’s ”Are You That Somebody”; and the taboo subject of dallying with older gents on the 1994 R. Kelly-produced ”Age Ain’t Nothin’ but a Number.” (In 1995, the then-15-year-old Aaliyah reportedly married R. Kelly, 10 years her senior, then later had the union annulled.)

On Aaliyah, her first new album in five years, the 22-year-old creates a largely up-tempo, thrillingly melodramatic set that again takes a melancholy — at times sinister — view of matters of the heart. The piano-driven kiss-off ”I Refuse” even opens with the ominous sounds of a rainstorm and horse hooves clattering in the distance. On this and many other cuts, the zingy hip-hop-textured musical tracks — crafted by longtime collaborator Timbaland, as well as crack newcomers Bud’da, Rapture and E. Seats, and J-Dub — echo the feverish passion of the lyrics. On ”More Than a Woman” (no relation to the Bee Gees’ tune), the singer-on-the-make seems emboldened by the braying guitars and aggressive synths. And on the first single, ”We Need a Resolution,” shifting push-pull rhythms underscore the plight of lovers who can’t see eye to eye.

Aaliyah only missteps when she tries to stretch outside of her musical comfort zones, indulging in Latin pop and cheesy metal on ”Read Between the Lines” and ”What If,” respectively. But when she sticks to what she does best, crooning the dewy ”It’s Whatever” and making physical and emotional abuse sound seductive on ”Never No More,” she skillfully portrays love as part woozy thrill, part pulse-racing terror. It’s enough to make her an honorary Bronte sistah.