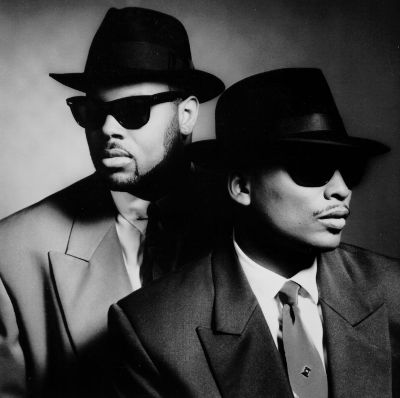 In 21 years, Jam and Lewis have quietly become arguably the most successful producers/songwriters in the music business. Their 16 No. 1 pop hits — including Boyz II Men’s 1994 ballad “On Bended Knee” and Usher’s recent “U Remind Me” (co-produced with Edmund “Eddie Hustle” Clement) — testify to an unusual longevity in a notoriously fickle and youth-oriented business.

“The production game changes so frequently, but they keep coming back with a sound that fits whatever era of music we’re in,” says Atlanta production mogul Jermaine Dupri.

They’ve also earned a reputation for coaxing artists at a crossroad to make their most distinctive statements. In 1986, they persuaded the then-sheltered Jackson to sing openly about her life, resulting in the smash “Control” album and beginning a continuing 16-year partnership.

And the pair have a knack for giving an artist the right song at the right time. Mary J. Blige’s recent hit “No More Drama,” written and produced by the team, is fast becoming her anthem.

Such achievements aren’t bad for two guys who were once fired by His Royal Purple-ness, Prince. In 1982, Jam and Lewis got booted out of the funk outfit the Time — which was signed to Prince’s label — after an Atlanta snowstorm forced them to miss a gig. (They’d been in town producing tracks for the S.O.S. Band — after Prince had warned them not to moonlight.)

The team then started producing full time, setting up shop in their home base of Minneapolis and helping forge a path for those producers who would later turn Atlanta into a music mecca.

“They are the reason I got into production,” says Atlantan Dallas Austin, who crafted most of TLC’s hits.

We recently caught up with Jam and got the scoop on his forthcoming projects.

* Whitney Houston: “I would love if she would address what’s been going on in her life for the past two or three years. Whatever she’d want to talk about would make a great book, it would probably make a great ‘Oprah’ show, and it would also make a great record.”

* Mariah Carey: “We were working about 2 1/2 weeks ago, and we came up with a song that everybody was feeling. And normally she would wait around for us to cut it, and she would do a demo vocal. But this time, she said, ‘Do you want me to stay?’

* Aretha Franklin: “On June 27, we are going to Detroit to sit with Aretha for the day and just vibe and see what we can come up with. I would love if we could do a record that sounds like the records she did in the ’60s and ’70s.”

* Janet Jackson: “We are planning on having something out [possibly a remix album] before the end of the year. We talked about it at the Essence Awards [where Jackson received the Entertainer of the Year award].

“It’s icing on the cake for her to be honored in the same year we are. Because the words are just words and the music is just music — it takes a great artist to elevate the work and touch people.”