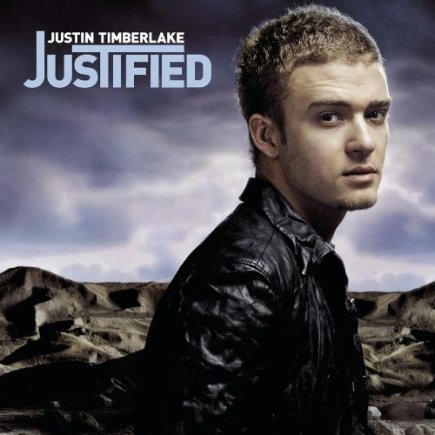 ‘N Syncer Justin Timberlake poses this rhetorical question on his solo debut, “Justified,” out today. And indeed it does feel good for a mainstream pop star, much less a boy band member, to have made an album so warm, soulful and daring.

On paper, “Justified” seems like a safe enterprise. It’s largely produced by two of the biggest talents in the business: Timbaland, who’s crafted soundscapes for Missy Elliott and Aaliyah; and the Neptunes, a duo who have helmed hits by Jay-Z, Usher and Nelly. But rather than serve Timberlake their trademark radio-friendly formulas, the producers buck many of the slick conventions of contemporary pop and R&B.

The tricky rhythms and bass thumps of rap exert a hefty influence, as on the pounding, nearly operatic kiss-off “Cry Me a River.” But “Justified” is less hip-hop-soul — the term given to the rap-meets-R&B sounds of R. Kelly, Mary J. Blige and Ashanti — than art-hop-soul. It owes a debt to hip-hop for sure, but it’s also informed by the spare lo-fi aesthetics and atmospherics of indie and alternative rock. (Notably, the Neptunes just won the acclaimed Shortlist Prize for “In Search Of,” a rock album they recorded with the name N.E.R.D.)

Opener “Senorita” is built on little more than a cowbell, some hand claps, and a few keyboard notes. The first single, “Like I Love You,” bumps with the raw spank of live drums. And the breezy “Let’s Take a Ride” feels like an acoustic guitar caress.

“Ride” also spotlights another of the album’s strengths: Timberlake’s voice. Throughout “Justified,” he proves adept at a mix of soulful styles. And, refreshingly, he has none of the hammy affectations of most white singers who attempt R&B. He references a “Talking Book”-era Stevie Wonder on the Moog-textured “Nothin’ Else.” And he nods to a host of vulnerable R&B crooners — from Michael Jackson to Babyface to Donell Jones — on the yearning “Still on My Brain” and the downright heartbreaking “Never Again,” which many will view as a comment on his recent bust-up with pop goddess Britney Spears.

The album’s weakest moments come not from Timberlake’s performances, but sophomoric songwriting. And too many Timbaland-produced cuts, including “(And She Said) Take Me Now” with Janet Jackson, are all beat and no hook.

But, for the most part, Timberlake has come up with a satisfying surprise. In many ways, “Justified” succeeds because the Memphis native piggybacks on the accomplishments of recent R&B genre-stretchers (Kelis) and neo-traditionalists (Bilal, Glenn Lewis). He infuses their sounds with a well-tuned pop sensibility. This borrowing of black music brings to mind another white artist — Elvis — who clocked many hours in Timberlake’s hometown.

It also raises important questions for the future. Will Timberlake continue to simply be a good R&B student or become that rare white artist to make a unique contribution to the genre like, say, Teena Marie, who recently played before an all-black crowd at the Fox? Will he stay true to the music’s core audience or abandon it in pursuit of a bigger slice of the music industry pie? It could go either way. But “Justified” will always serve as evidence that in the beginning, he showed great promise and seemingly good intentions.