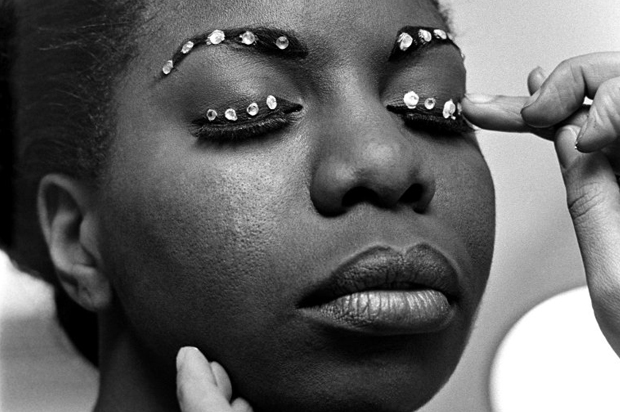 Let’s get one thing straight from the start. Nina Simone, who died Monday in France at age 70, was no jazz singer. The designation never quite fit her wide-ranging, eclectic stylings; and, besides, she hated it.

“Calling me a jazz singer was a way of ignoring my musical background because I didn’t fit into white ideas of what a black performer should be,” Simone wrote in her 1991 autobiography, “I Put a Spell on You.”

Sure, Simone — whose last Atlanta performance was in May 2000 — sang some jazz songs. But her classical training and probing experimentalism made her so much more than just the performer of a genre. If anything, Simone was an embodiment of the spirit of jazz: how it rose from nothing to tell the world what it felt like to be a black American.

Growing up poor in the small North Carolina town of Tryon, Simone was a prodigy of sorts, becoming the lead pianist at her church by age 7. And, after high school, she won a scholarship to the prestigious Julliard School in New York. After Juilliard, Simone planned to continue studying classical music at Philadelphia’s Curtis Institute of Music. But she failed her entrance examination amid allegations of racism — one of many times when she felt thwarted by societal injustice.

After this blow, Simone took a piano-playing gig at an Atlantic City, N.J., nightclub in the late 1950s. She soon developed a devoted following, including several black literary luminaries of the day: Langston Hughes, James Baldwin and Lorraine Hansberry. Simone’s deeply rich voice was so evocative and unusual, it seemed to well up from the roots of the earth, but it could also soar like the Northern Star.

In the 1960s, as the black struggle for equal rights gathered momentum, Simone’s work grew more political and she soon became what activist Stokely Carmichael called the voice of the civil rights movement. Simone didn’t sing easygoing numbers about people coming together. Rather, her tunes — and her onstage statements — thundered with the anger that would later burn cities across the country. Simone sang about action, providing battle cries for a people who felt they were under attack by their own country.

“To do things gradually will bring more tragedy,” she wailed on “Mississippi Goddam,” which she wrote in 1963, the year NAACP field secretary Medgar Evers was murdered outside his home and four girls were killed in a Birmingham church bombing.

And days after the Rev. Martin Luther King Jr. was assassinated, she told a concert audience in Westbury, N.Y.: “The King of Love is dead. I ain’t about to be nonviolent, honey!”

But Simone was no mere polemicist. The songs she wrote always chronicled an emotional range. She was proud and brazen when singing about sex, as on “I Want a Little Sugar in My Bowl.” And she sounded most vulnerable when singing about heartache in songs like “The Way I Love You,” proving, perhaps, that at the core of every revolutionary is a tender heart.

The songs Simone wrote — or performed in such an intimate way she made them hers — conveyed the breadth of black experiences. She celebrated African-American creativity on “Young, Gifted and Black.” And she composed a searing portrait of a matron, a mulatto, a prostitute and a militant on “Four Women.” For these kinds of bold statements, she earned the title “High Priestess of Soul.”

But despite all her accomplishments, Simone remains a rather marginalized figure in American popular music — partly by her own doing. In the late 1960s, she became an expatriate. “America had betrayed me, betrayed my people and stamped on our hopes,” she wrote, explaining her self-imposed exile, which took her to Africa and the Caribbean before she settled in France in the 1990s.

Simone was difficult to peg in the familiar slots that America usually reserves for female singers. She wasn’t a tragic martyr, a glamorous diva or an accommodating grande dame. She was, instead, furiously and fabulously complicated.

When Malcolm X was killed, actor Ossie Davis eulogized him by saying, “He was our black manhood.” Well, Simone symbolized black audacity, the power African-Americans used to face down mountains of hardened resistance. She fused art and politics and became the valiant voice of a people.