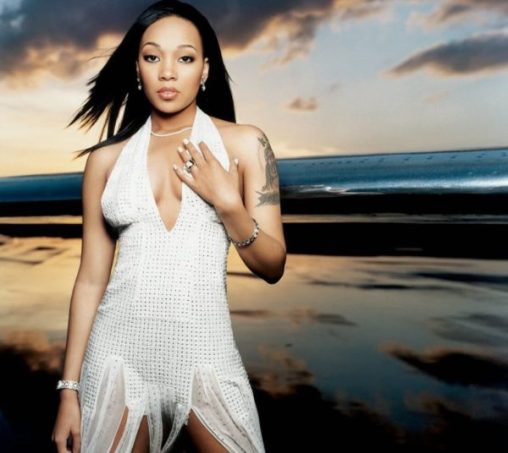 Last summer, things weren’t going as planned for 22-year-old rhythm-and-blues singer Monica. The metro Atlanta resident’s third album — the follow-up to 1998’s 3 million-selling “The Boy Is Mine,” featuring the smash title-track duet with Brandy — had been delayed several times, with no firm release date on the horizon. And her comeback single, “All Eyez on Me,” was struggling to get a foothold on the charts.

Even hometown support seemed to dwindle. Last August, an announcer labored to get the crowd excited before Monica’s performance at the Georgia World Congress Center. “Let’s hear it for Monica,” he said to middling applause. “Come on, y’all can do better than that.”

He tried several more times to hype the audience of teenagers and twentysomethings gathered for V-103 FM’s annual “For Sisters Only” event, but to no avail. Said one gum-popping woman to a friend: “Look, that’s all the applause she’s gonna get.”

It suddenly looked as if the young vocalist, who first hit the radio airwaves at age 14, might become another teen sensation who failed to successfully transition into a mature artist. As with Tevin Campbell and Stacy Lattisaw before her, it felt as if Monica’s career might be marked more by promise than endurance.

“Child stars usually never make it through to adulthood,” Monica said recently over dinner at Benihana in Buckhead. “So it was like people were waiting to see if I could stand the test of time.”

But much has changed since last summer. In June, “After the Storm,” a retooled version of the album she was set to release last year, hit No. 1 on the pop charts. And “So Gone,” the lead single from the album, currently sits at No. 1 on the R&B charts.

What’s more, local fans are back in force. More than 300 folks showed up for a recent autograph session at Wherehouse Music in Buckhead.

Monica, who now lives near Morrow, takes it all in stride. Over a meal of chicken teriyaki and fried rice, she reflects on the ups and downs of the past few years.

“People will talk about you when you’re at the top and when you’re at the bottom,” she says. “So you kind of just get used to it. What makes me so different from everybody else in the industry is I feel like everything that I do is something that’s been chosen for me. I’m a firm believer in God. I’ve always felt that what’s meant is what happens.”

Nevertheless, how her third album went from potential flop to rejuvenating hit is a complex tale. On the one hand, it’s a story about an artist’s search for a sound, one that expresses who she is to a mass audience. On the other hand, it’s about how the dictates, demands and fickleness of the music industry can make or derail a career.

The story of “After the Storm” begins with a tragic ending. On July 18, 2000, Monica’s boyfriend, first love Jarvis “Knot” Weems, committed suicide. He locked himself in his car, put a gun to his head and fired, while Monica watched helplessly outside.

The incident made tabloid headlines. “Pop Star Monica Watches in Horror as Live-In Love Kills Himself,” wrote the National Enquirer. Accompanying the article were photographs of Monica at the funeral, crying and distraught, and one of Weems in his coffin. Later, she discovered that a close friend had sold the pictures to the Enquirer.

Now, the singer has little to say about what happened. “Just to it sum it all up, I feel blessed to have made it through all of that stuff,” she says. “But it’s done. And if you want to discuss it, discuss it without me. I don’t want to continue to dig up the heartache.”

About a year after this traumatic episode, when it was time for her to start work on a new album, Monica knew she wanted to address Weems’ suicide, even though she had never written a song before.

The result is the simply titled “I Wrote This Song,” chronicling the joys and challenges of her relationship with Weems, who was an occasional drug dealer. Once she had finished writing and recording that cut, the new album slowly began to take shape.

Her label, J Records — headed by music mogul Clive Davis, who groomed Whitney Houston, among others — put her together with some of the hottest producers in the business, all of whom she’d worked with before: Rodney Jerkins, who produced the Brandy duet as well as Monica’s No. 1 hit “Angel of Mine”; Jermaine Dupri, who helmed “The First Night,” another No. 1; and Dallas Austin, who discovered her and was the primary creative force behind her first two albums.

By early 2002 Monica had completed the album, and label executives chose “All Eyez on Me,” produced by Jerkins, as the first single. The upbeat number seemed like a sure bet. It even sampled the instrumental track of Michael Jackson’s “P.Y.T.,” from one of the biggest-selling albums of all time, “Thriller.”

But, despite what seemed like a no-brainer, “All Eyez on Me” flopped when released to radio last July. “People thought the whole feel” was wrong, says Minal Patel, who monitors R&B airplay for the industry trade magazine Billboard. “It had that contrived pop feel. She didn’t sound like she was trying to reach her core R&B fan base with that.”

Part of the problem was that the sound of urban radio was shifting. Most R&B hits now have a hard, hip-hop feel, and “Eyez” — with its sunny, upbeat groove — was the opposite.

Another problem was that the prototype of the female R&B singer had changed radically since Monica was last on the scene. No longer did young acts aspire to be glamorous, pedestal-perched divas like Houston and Mariah Carey. The new image for R&B ingenues was to be sassy and street-wise, the female counterparts of hard-core male rappers. (Ashanti, the best-selling new artist of last year, epitomized this in her many collaborations with rapper Ja Rule and hip-hop-flavored hits like “Down [Expletive] Chick.”)

“The market was evolving very quickly and getting much edgier,” says Tom Corson, an executive vice president at J Records. “We realized that we needed to go back in the studio.”

Monica returned to work with Dupri, and together they fashioned a song called “Too Hood.” In it, Monica expresses a preference for guys who know their way around the streets. “It’s not your fault / I’m from the ‘hood,” she sings. “I love them bad / and hate them good.”

The record company rushed the song to radio last fall, but it also failed to take off. For some, it was too little, too late.

“That could’ve been a good first single,” Patel says. “But I think that because of the after-effect of ‘All Eyez on Me,’ people were like, ‘Monica’s coming back weak.’ ”

At that point, it was nearly the end of 2002 and the album had been delayed more than five times. But the company knew that without a hit, Monica didn’t have a chance in such a crowded marketplace.

Compounding the problem, the album was released overseas and soon found its way onto the Internet. It wasn’t long before bootleg copies were being sold for $5 on street corners and in barbershops.

For Monica’s part, she was becoming increasingly frustrated that the album didn’t reflect where she wanted to go artistically. “See, I could hear the sound in my head,” she says now. “But I hadn’t found anybody who could bring it to life. I don’t play any instruments. So I could hear this old sound and this old feel in my head, because my voice is that way and the type of music I love is that way. But I couldn’t find anybody to really get it.”

She and the label agreed that she would once again return to the studio to replace many of the earlier, bootlegged songs and to continue to try to come up with that one big hit. That decision significantly raised the financial stakes of the project. Now, the album would have to recoup almost double the production costs.

But Monica says she wasn’t concerned. “I didn’t look at it like I was racking up bills,” she says. “Because if the record is huge enough, the bills will be paid.”

Enter Missy Elliott. Though known largely for her own solo records, Elliott also has an industry reputation for her writing and production skills. She was one of the forces behind the late Aaliyah’s biggest hits. And in the past year, she’s done a song for Houston (“Things You Say”) and a remix for Madonna (“American Life”).

Monica and Elliott had never worked together. But Monica says that, after their first night in a studio in Miami, she felt that she had found what she’d been looking for.

“Missy knew exactly what I was talking about,” Monica says. “She was pulling out and playing old records instead of constantly in there hitting synthesizers trying to come up with a new sound.”

The result of their artistic partnership: three songs that dramatically altered the course of the album and Monica’s career. One, the driving, club-friendly jam “Get It Off,” now opens the set. “Knock Knock” simmers with an old-school soul sound and is likely the next single. And “So Gone” is that breakout smash that Monica had been missing.

The song, which also has a classic-soul feeling, features Monica aggressively railing about a shifty boyfriend who’s driving her mad. In an inspired touch, it includes her doing a short rap, proving that not only is she relevant to the hip-hop generation, but she can bust a rhyme herself.

As soon as “So Gone” hit radio in late March, it took off.

“A lot of people had written her off,” says Billboard’s Patel. “But when she came with this song, people were like, ‘Wow, she’s back.’ ”

The song has been No. 1 on the R&B charts for two weeks and is nearing the pop Top 10. The album debuted at No. 1 and sold 185,506 copies in its first week of release, a career record for the singer.

Although Monica faces competition from a slew of other one-named R&B acts in the coming weeks — Beyonce, Ashanti and Mya — J Records executives are confident that “After the Storm” has legs. Already, “Knock Knock” is being played on several radio stations nationwide.

“The great thing about this album is that it’s very deep in singles,” says Corson of J Records. “By the end of the year, we’ll be three singles into it and still selling strong numbers.”

As for Monica, she’s glad she has an album she can stand behind.

“The music is real and it connects with my heart,” she says. “That means that people get a piece of me when they get my album, instead of getting a piece of everybody from the label or every different producer. So I’m totally happy with it.”