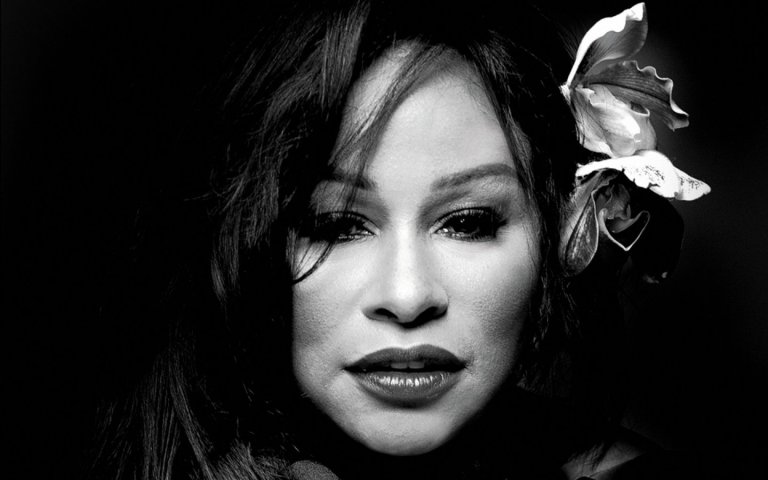 [Hear audio from this interview]

Her jazz-loving mother christened her Yvette after a popular Stan Getz tune. When she was a teenager, a Yoruba priest renamed her Chaka, meaning “woman of fire.” Over the past 30 years (first with the group Rufus, then later as a solo artist), this native daughter of Chicago has expanded the stylistic vocabulary of R&B music with a wailing voice that evokes both heavenly aspirations and earthy freedoms.

Later this month, she comes to Atlanta as part of the Kool Nu Jazz Festival, which starts Oct. 18. Creative Loafing talked with Chaka Khan by phone to get the scoop on her wild twister of a life, including a long battle with drugs, and her music, since she’s just released ClassiKhan, a new album of standards (“I’m in the Mood for Love”), show tunes (“Big Spender”), and movie themes (“Goldfinger”).

The first record you bought was a Led Zeppelin album. What turned you on to the group?

I grew up in Hyde Park in Chicago, which was a very multiracial neighborhood. So a lot of kids that I hung out with were into all different sorts of music. One of my best girlfriends had a Led Zeppelin album, and we listened to it. And I had to go buy me a copy. I loved the drummer, John Bonham. He started me playing drums.

How did you feel recently when some of your former Rufus bandmates announced they were looking for “the next Chaka Khan?”

Which of your many solo albums would you play right now?

Probably C.K., because I’d have Miles (Davis) and Prince with me. [Both play on the 1988 album.] That would be tight.

You also once worked with the late Rick James. What’s your favorite memory of him?

Well, it’s not a memory of when I was with him. I was a guest DJ on a radio station in New York. We were playing songs and saying what we felt about them. “Fire and Desire” (Rick’s slow jam duet with Teena Marie) came on, and it went on forever. It was like the bloody longest song I’d ever heard. I didn’t know who it was. When the song I>finallyP> finished, I said, “Who the hell was that?” It was terrible. I gave it a horrible review, because I was pissed that I had to sit there for that long and listen to that repetitious melody. Finally, the other DJ said, “That was Rick James and Teena Marie.” And I was like, “Beam me up, Scotty.” I was totally embarrassed.

In your book, you talk about how you’ve struggled with drugs since your father introduced you to acid when you were a teenager. Which drugs have you taken and said, “That ain’t for me?”

Acid. Forget about it. And marijuana. I could never get a handle on it. It made me feel really stupid. Often the whole purpose in indulging was to transcend to another place. And to escape, because there was a lot of drama, a lot of crap going on, and I was trying to escape a lot of the bullshit.

You know, you walk this path in life and you experiment with life, with everything, with as much as you can. I know I did. I have a lot of courage and I’m fearless. I was just doing life and finding out what worked for me and what didn’t.

You’ve been friends with Prince, the late Miles Davis, and Joni Mitchell. If you had an imaginary dinner party with them, what would the conversation be like?

It would be so diverse and crazy. For one, Joni would be doing all the talking. She’d be teaching us. Miles would probably be commenting, (she imitates his husky rasp) “She don’t know what she talkin’ ’bout.” And I’d be sitting at Joni’s feet, looking up raptly.

“[We] each so deep and superficial/between the forceps and the stone” (from “Hejira”). It’s just so, “oooh.” She’s just so amazing. I wanna grow up to be just like her.

Another of your friends is Mary J. Blige. But didn’t you once introduce (the Rufus ballad) “Sweet Thing” in concert as “the song Mary J. Blige fucked up”?

If someone was making a Chaka tribute album, who would you want singing on it?

You recently had vocal troubles when you performed at the MTV Music Video Awards with Kanye West (his song “Through the Wire” samples Chaka’s voice). How did that feel?

It’s the worst, most devastating thing that can happen to you. I took two or three cortisone shots that day in hopes that it would kick in. Because often it has worked when I’ve had some kind of throat malady in the past. I don’t talk all day and then by the time I get onstage, my voice has come back. So I thought that would happen this time, but unfortunately it didn’t. But I had to support Kanye. That’s my baby, my boo.

When you reflect back, what do you think music has meant to your life?

Well, it”s been my salvation. It is the thing that has kept re sorewhat sane. It’s my therapy. It’s my spirituality. It’s the way I talk to God.